By Carlota Mir and Enrico Floriddia

This arpentage workshop at Färgfabrikken, which was inspired by the overarching exhibition topic ‘metamorphosis and renewal’ considered doing research and practicing friendship in public as a political act. We aimed to explore friendship as a lived condition, wherein one befriends ideas and issues as well as people, and which has its own responsibilities and demands. We also wanted to bring attention to the issue that knowledge production is always situated and it is always the result of a series of interactions and inspirations between people, not the work of a single author. Focusing on decolonial feminisms and the power of form and structure, we all met Trinh T. Minh-ha’s seminal book ‘Woman, Native, Other: Writing Postcoloniality and Feminism’.

We explicitly banned any type of sound recording to the enable intimacy and freedom of the participants. Instead, a live text was produced alongside the session, our words, thoughts and questions chorally woven together alongside Minh-ha’s. (see bottom text)

Arpentage is a tactic of collective reading and annotation that has its origins in popular culture. it consists of chopping up a book, reading it together and reassembling it through voice and interaction. The story has it that it was developed by factory workers in the newly industrialised France, who wanted to read Marx’s Kapital and become emancipated – but simply didn’t have the time. Today, we may be living in another kind of immaterial factory- yet, like our factory worker counterparts, as cultural workers (projectarians?) working under the rhythms of constant deadlines, accelerated capitalism and exhausting affective labour, we simply do not have the time, either. We are constantly asked to produce and reproduce, to smile and continue, no matter the topic. But how to cope? Through this session, we ask ourselves: could chopping up a book, reading it bit by bit, and understanding it through everybody else’s eyes make some sort of change?

This public programme was part of the exhibition and open studio ‘Metamorphosis and Renewal’, Research Lab in Architecture, Färgfabriken, Stockholm, 24 May – 2 June 2019 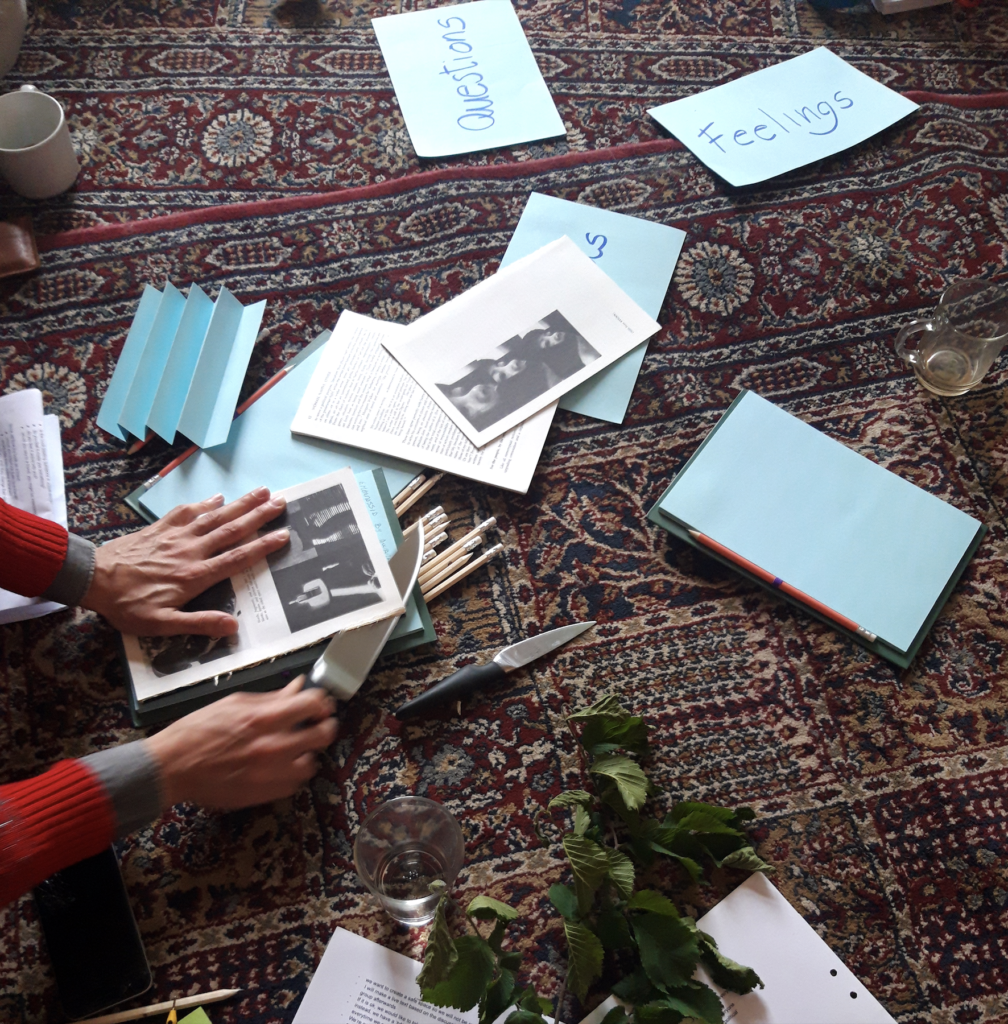